On Saturday, a new and more contagious variant of the coronavirus, that has been named Omicron, appeared in additional European countries, just a few days after it was discovered in South Africa, leaving authorities throughout the world thinking of ways to halt its spread.

After being discovered in two individuals, the UK has tightened its regulations on face masks and immigration testing. Germany and Italy confirmed the onset of new cases on Saturday, while on the other hand, Hong Kong, Israel and Belgium also reported that the variant was identified in their travellers.

In the United States, Dr Anthony Fauci, the country’s top expert on infectious diseases, said he wouldn’t be shocked if the omicron variant had reached there as well.

Because the variant is thought to be more resilient to vaccines, people around the world are concerned about whether the pandemic and its resultant lockdown measures will last far longer than expected.

Nations across the world are still on high alert two years after the pandemic began, with over 5 million fatalities recorded in total. Many nations have already imposed flight limitations on passengers from South Africa in an attempt to buy time to examine whether the new omicron variant is highly transmissible as compared to the delta variant.

Anyone who comes to England will be put through a PCR test for Covid-19 a day after they arrive in the country. They will be required to self-isolate till the time that a negative result is acquired, according to Prime Minister Boris Johnson. If someone is found to have the omicron variant, they will be placed in strict isolation for ten days regardless of their immunization status.

The Department of Health in the United Kingdom said that two instances discovered there were connected and involved travellers who came in from South Africa. The two known incidents are being handled on an individual basis.

Four more countries have been added to the travel black list by the British government: Angola, Malawi, Mozambique, and Zambia. This implies that any visitors who are permitted to enter from those locations will have to quarantine themselves.

In response to growing fears about the new variant’s transmissibility, a number of countries have placed restrictions on various South African nations in recent days. This includes Australia, Iran, Brazil, Japan, Canada, the USA, the European Union and Thailand. This runs counter to the World Health Organization’s guidance, which has urged against any overreaction until the variant had been thoroughly researched.

Despite the closure of aviation routes, there are growing concerns that the strain has already been widely dispersed worldwide. 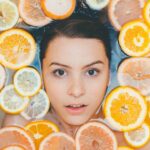 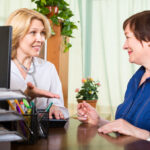 Meal Planning Ideas That Will Help You Lose Weight

The Importance of Meal Planning: 4 Reasons Why it’s Crucial

How to Protect Your Veneers for Years to Come